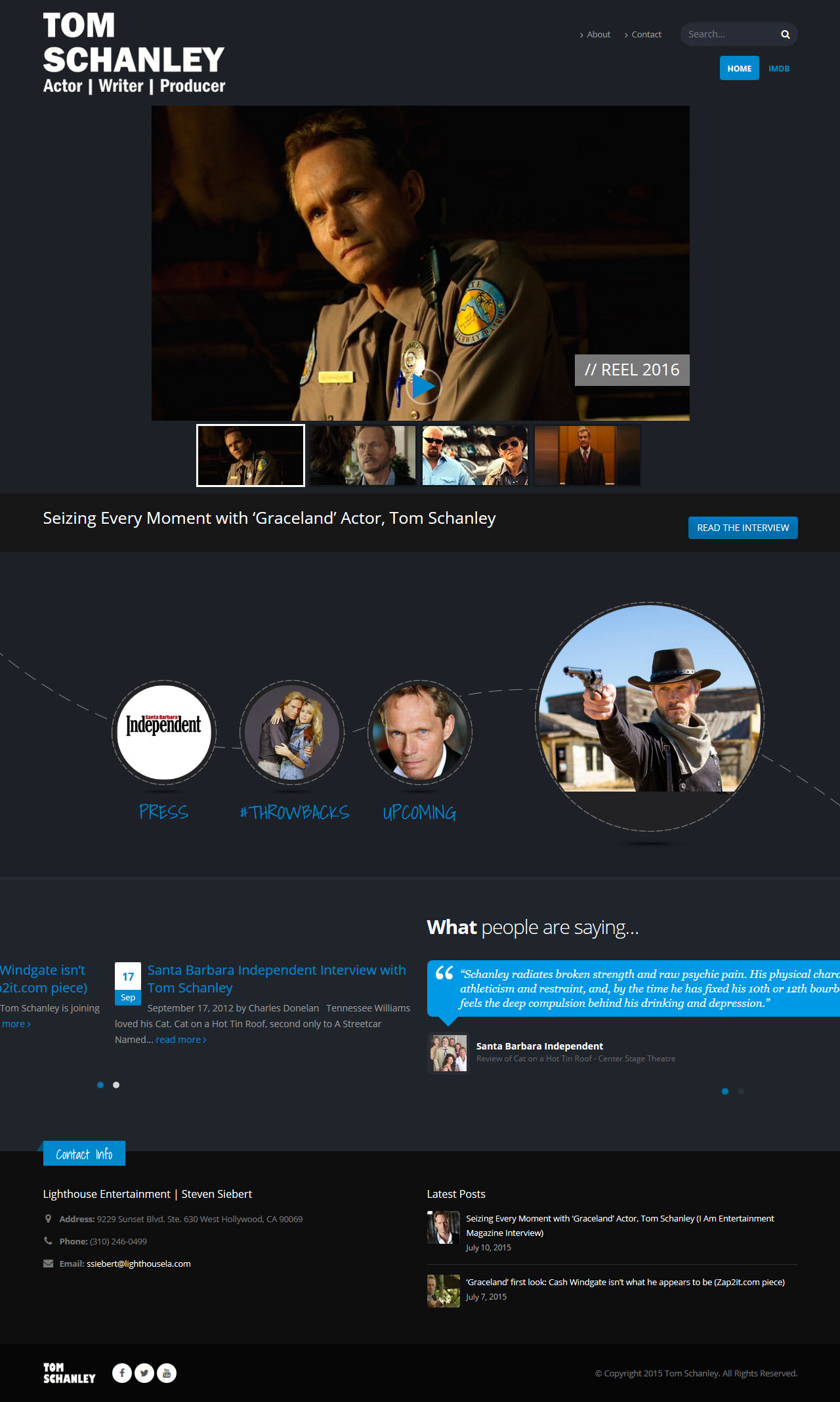 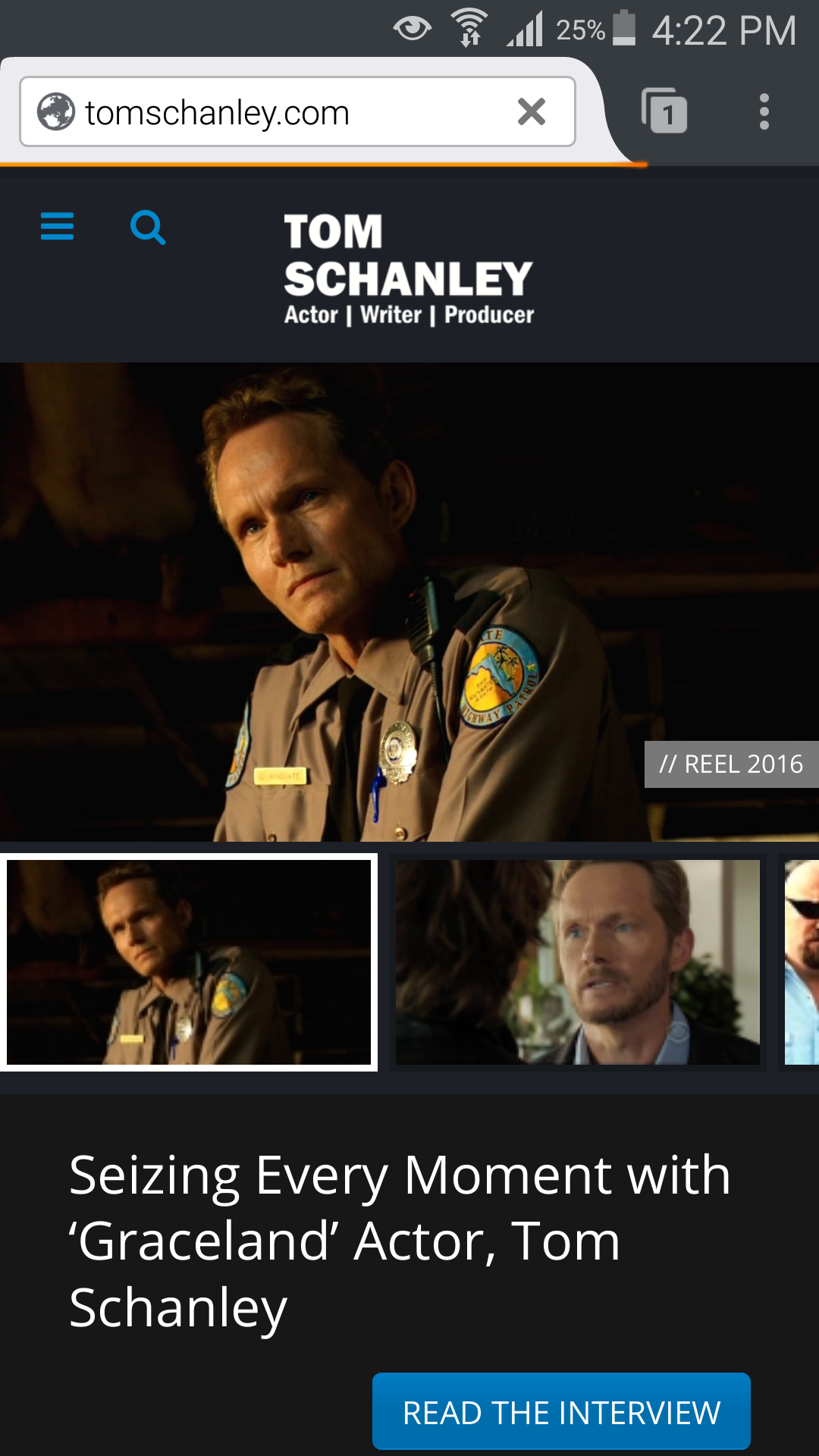 Tom Schanley is actor, writer and producer who you’d likely recognize if you’re a fan of CSI or Graceland. Tom has been in featured films such as “Fever Pitch,” directed by the legendary Richard Brooks, “Red Rock West”, “Courage Under Fire,” starring Denzel Washington, “Conspiracy Theory,” with Mel Gibson, and “Get the Gringo” which also starred Mel Gibson, along with had appearances and reoccurring roles on “Dexter”, “Criminal Minds”, “Without a Trace”, “The CSI franchises”, “The Forgotten” and this season’s “Graceland.”